Gold. Platinum. Silver. Today’s most exquisite, prized pieces of jewelry are sure to be crafted using at least one of these precious metals. But the art of jewelry making hasn’t always included metal, or anything with intrinsic value. The earliest jewelry was fashioned from simple items that happened to be nearby, such as bones, fish teeth, shells and feathers.

As our early relatives began transitioning from the nomadic lifestyle and began to settle in areas near rivers, they adopted an agricultural lifestyle which led to the discovery of gold. And – as it would seem – the celebration of social position, wealth and power. To put simply, gold was rare, and therefore considered a prized possession. Even today, this fact holds true. 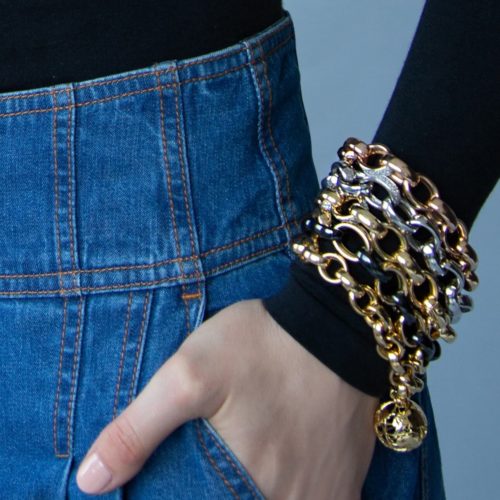 Gold is associated with nobility. By the 1600s, advances in global trade made gold and gemstones a little more attainable, according to the Victoria and Albert Museum in London. And by attainable, we mean that only royals and nobility wore gold. Those without such status wore base metals such as copper and pewter. Popular 1600’s fashion also dictated the wearing of heavy, dark fabrics which were complemented by large, substantial pieces of gold jewelry.

Gold is considered the most useful mineral on earth. (Geology.com) Its properties enable gold’s luster to shine brilliantly in the hands of an artful jewelry designer. Gold lends itself well to molding and shaping, and its color is enchanting to the human eye and soul. 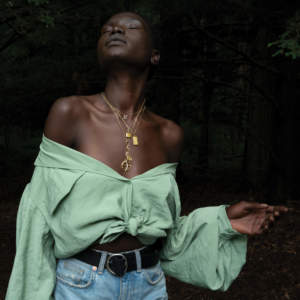 Pure gold is 24 carats, while 18-carat gold is just 75% gold. Other metals such as copper, nickel, iron and cadmium can be mixed with the precious metal to make it more affordable and durable. Gold works beautifully as a medium for jewelry since it’s both unreactive and unlikely to become degraded by air, acid or moisture. (ThoughtCo)

One of the earth’s rarest minerals, platinum, made its first appearance in the modern world after falling into the hands of Louis XVI. He declared it “the only metal fit for royalty.” (GIA) Prior to this time, technology was not advanced enough for platinum to be manipulated and formed into jewelry. In fact, it didn’t gain mass popularity until the early 1900s. The famous Hope Diamond is set in platinum, as it is known for being delicate yet strong and well-suited for securing a bold-sized stone. It also happens to be naturally hypoallergenic, therefore, the perfect metal for those with sensitive skin. 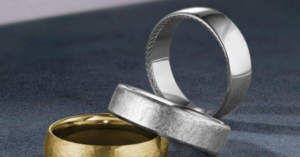 A common quote about platinum is that if all the platinum ever mined were gathered together, it would take up a space about the size of the average American living room. There seems to be robust controversy regarding the truth of that statement – still it is recognized as scarcer than gold. Nevertheless, gold reigns supreme, as the selling price of platinum has historically never approached the selling price of gold.

Silver has earned its place among precious metals, as it is the whitest and brightest of the three “Noble Metals,” alongside gold and platinum (GIA Silver Sizzles). It is pliable but hardy, and can tolerate the activities of the wearer without easily denting or breaking. During the Victorian Era, silver was more coveted than platinum, as it was the choice of metal for tiaras. 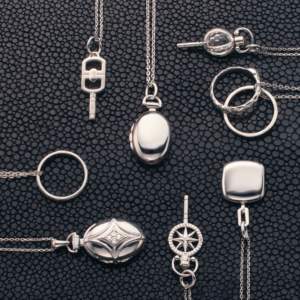 Most silver is mined in Mexico, China and South America. It must contain 92.5% pure silver in order to be considered silver in the United States. Because of its beauty, durability and affordability, silver is the metal of choice for countless items. It is held in high esteem by jewelers and customers alike.

Whether your preference is gold, platinum or silver, Maxon Fine Jewelry has 3,900 square feet filled with beautiful jewelry made from all three Noble Metals. Stop by our store at 2850 E Battlefield Road to explore the selection and see what speaks to you. And if you can’t find the perfect piece, we’ll custom-design it for you in-house. Hope to see you soon! 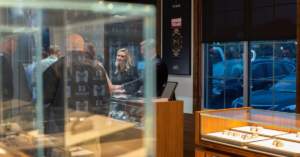